On 16th and 17th of April, the EuroSDR 3D Special Interest group came together at Ordnance Survey Ireland, Dublin. In this group 11 National Mapping Agencies (one of them being Kadaster, represented by me) collaborate on open issues to map whole countries in 3D. In Dublin, the group worked on a common vocabulary for 3D mapping of various themes that are of interest for NMAs (Transport, Buildings, Water, DTM/elevation, Vegetation and Structures). We agreed on a common approach to represent geometry of topography at several levels ranging from 2D to volumetric 3D (i.e. Levels of Geometric Representation: LoGR). This framework will be further developed in future EuroSDR 3D meetings (still three scheduled for 2015) and the thematic definitions will be aligned to the framework. We also discussed the intermediate outcome of the EuroSDR project by Kelvin Wong (UCL) that studies that economic benefits of 3D for NMCAs. 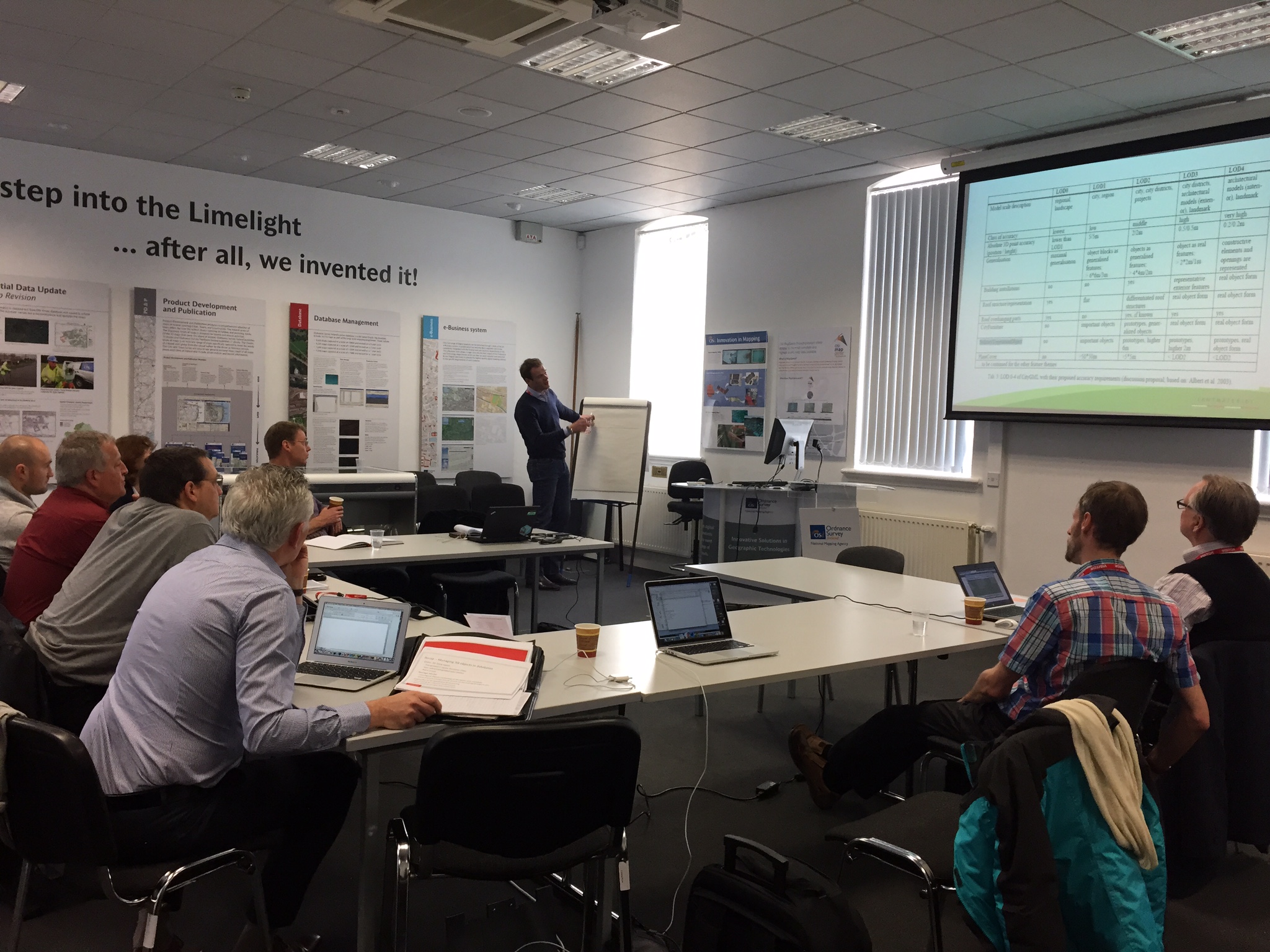