The remote estimation of a region’s population has for decades been a key application of geographic information science in demography. Most studies have used 2D data (maps, satellite imagery) to estimate population avoiding field surveys and questionnaires. As the availability of semantic 3D city models is constantly increasing, in our new paper we investigate to what extent they can be used for the same purpose:

Based on the assumption that housing space is a proxy for the number of its residents, we use two methods to estimate the population with 3D city models in two directions: (1) disaggregation (areal interpolation) to estimate the population of small administrative entities (e.g. neighbourhoods) from that of larger ones (e.g. municipalities); and (2) a statistical modelling approach to estimate the population of large entities from a sample composed of their smaller ones (e.g. one acquired by a government register). Starting from a complete Dutch census dataset at the neighbourhood level and a 3D model of all 9.9 million buildings in the Netherlands, we compare the population estimates obtained by both methods with the actual population as reported in the census, and use it to evaluate the quality that can be achieved by estimations at different administrative levels. We also analyse how the volume-based estimation enabled by 3D city models fares in comparison to 2D methods using building footprints and floor areas, as well as how it is affected by different levels of semantic detail in a 3D city model. We conclude that 3D city models are useful for estimations of large areas (e.g. for a country), and that the 3D approach has clear advantages over the 2D approach. 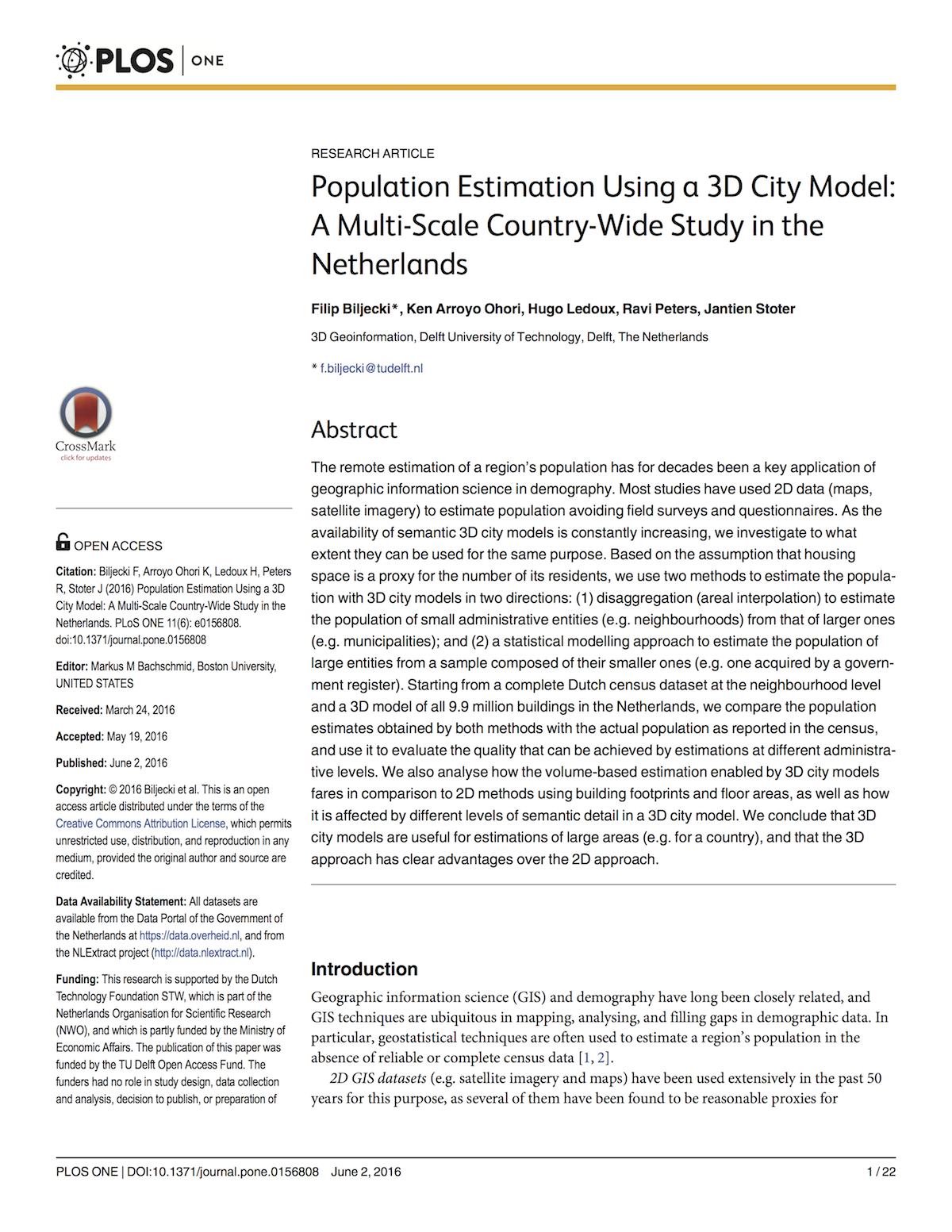