Two days ago, Google released a new version of Google Maps. Most people seem to agree that it’s a nice improvement on an already great service. When I saw it, I immediately loved the cleaner look and the improved readability. 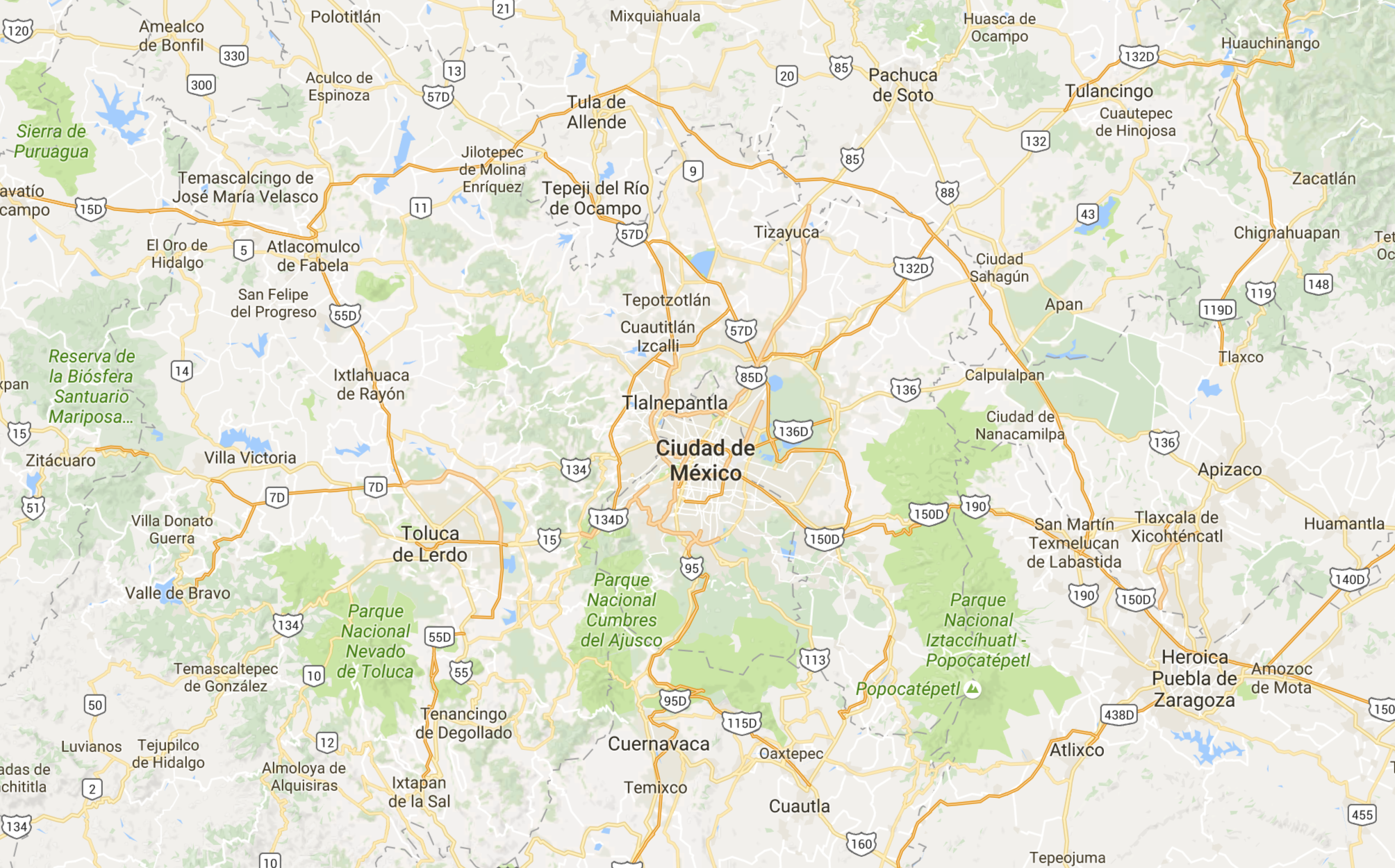 That is, until I activated the public transport layer and saw that it remains as ugly and badly designed as ever.

As someone who is enthusiastic about both maps and public transport, this is disappointing. It’s been more than 10 years since Google Transit first appeared on Google Labs and almost 9 years since it was integrated into Google Maps. And so, I decided to write a ‘name and shame’ post to see how long it takes Google to get their public transport maps up to par.

But don’t take my word for it. Instead have a look at the screen caps below, which compare the pretty good public transport layer in Apple Maps1 (above) and the awful one in Google Maps (below) in various cities and at different scales. I’m sure you’ll see a multitude of problems too. 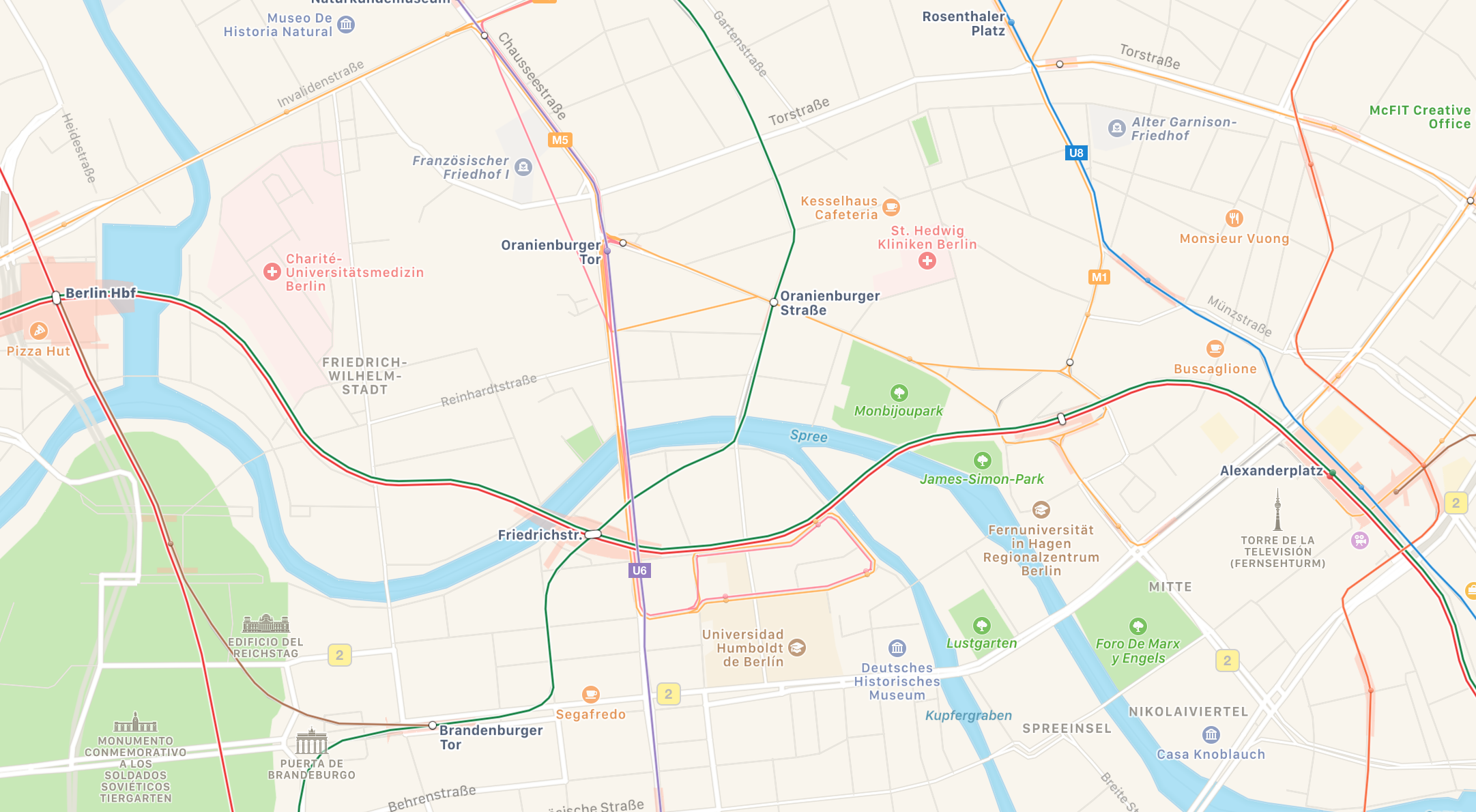 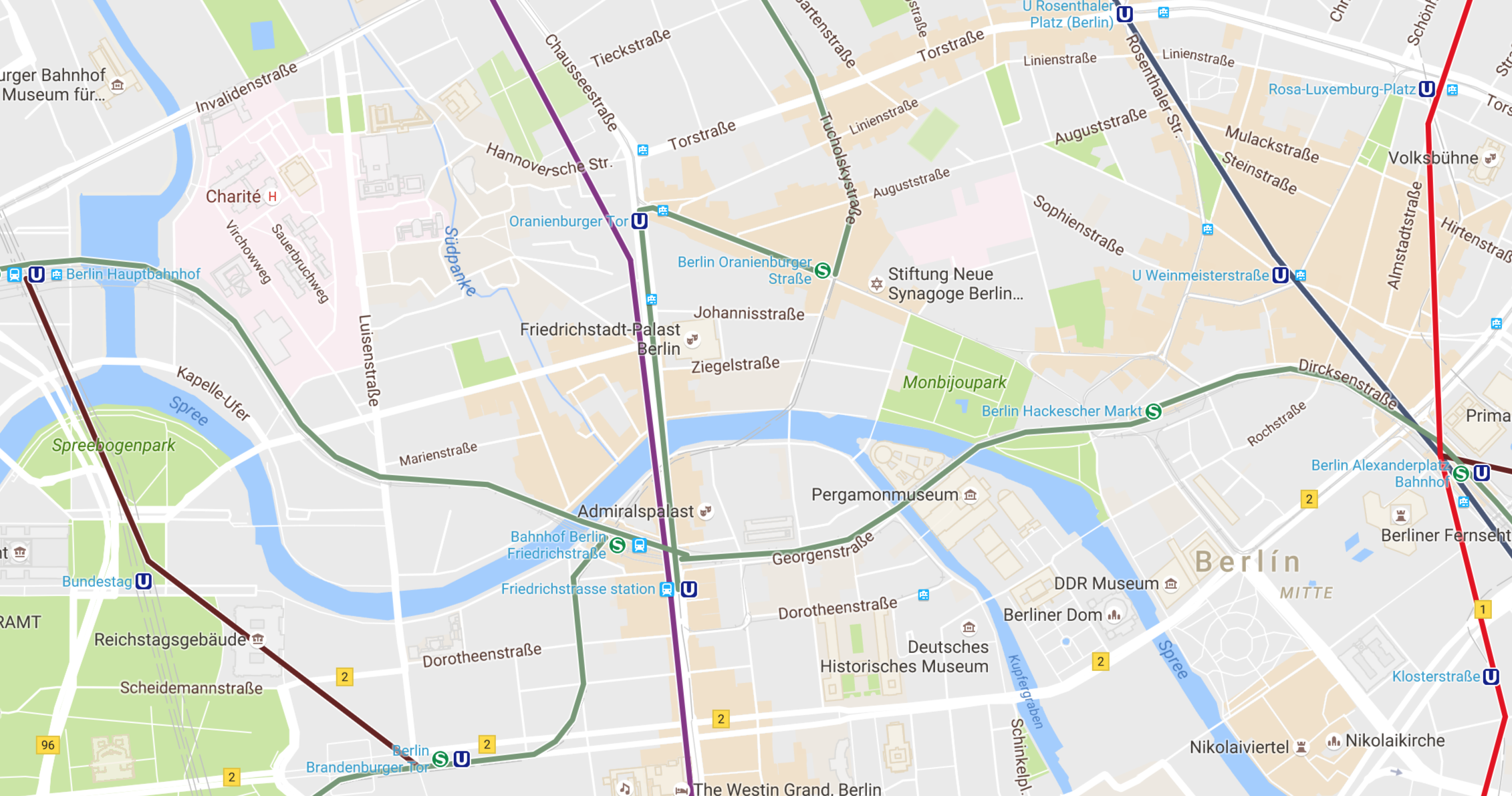 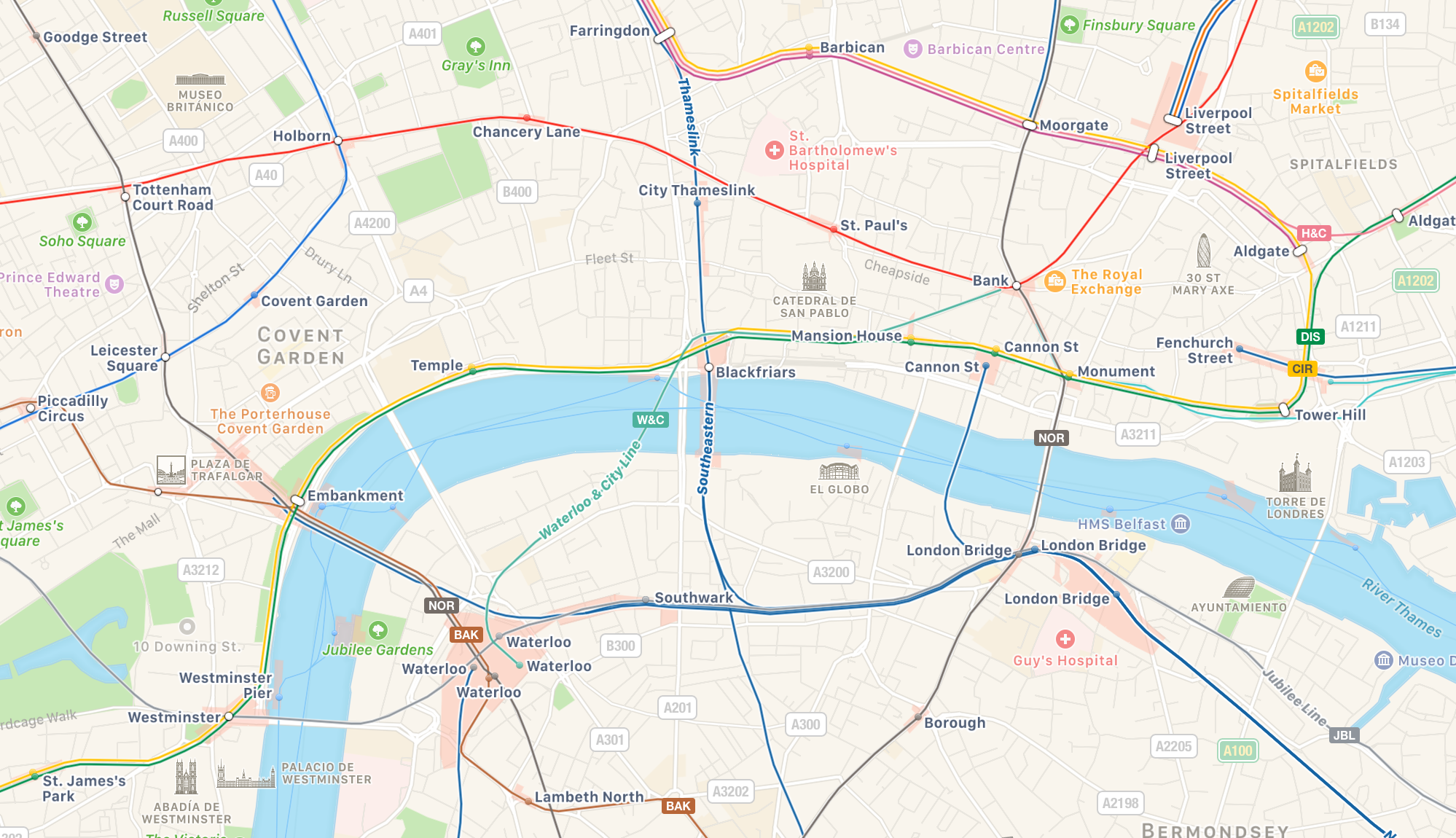 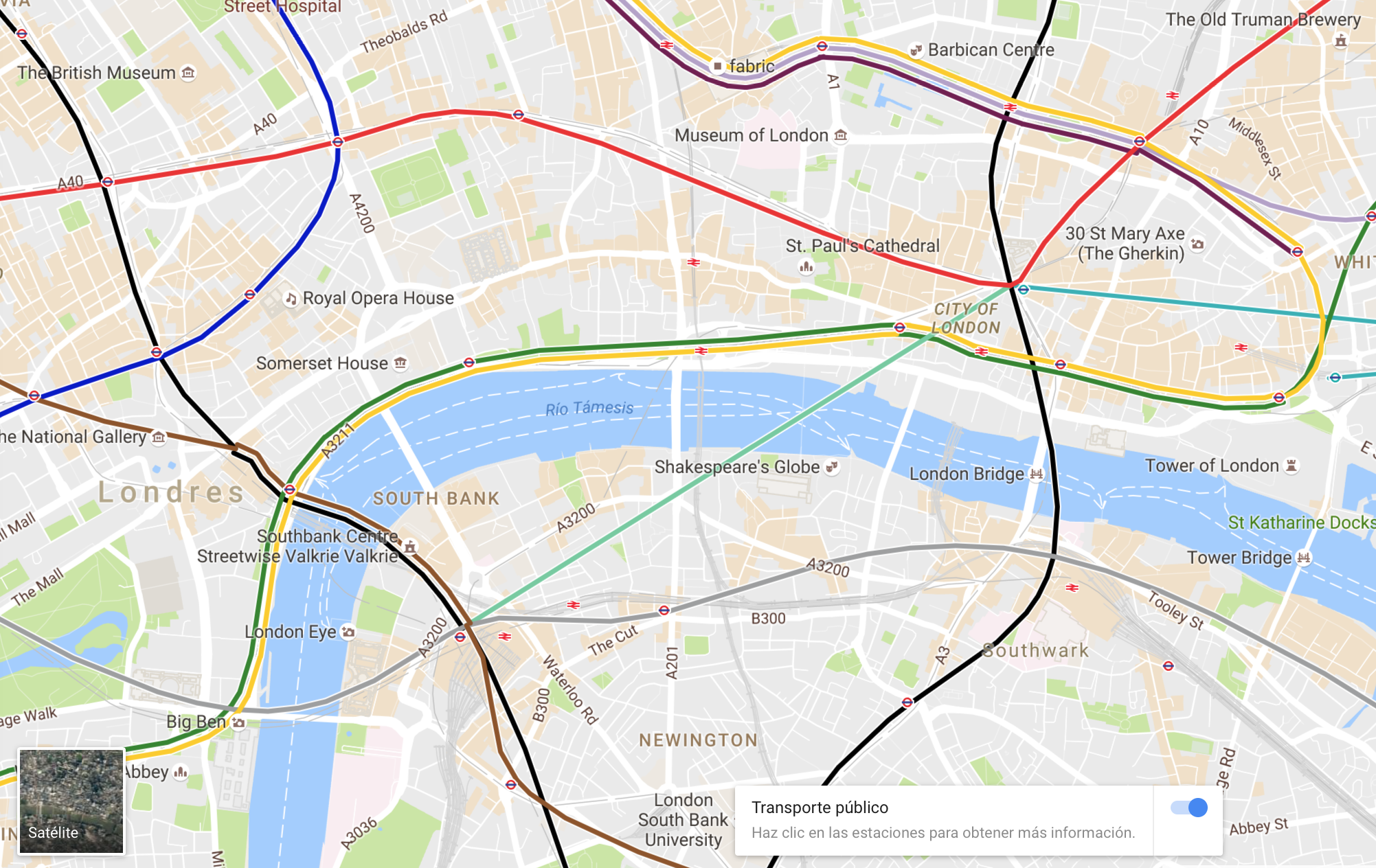 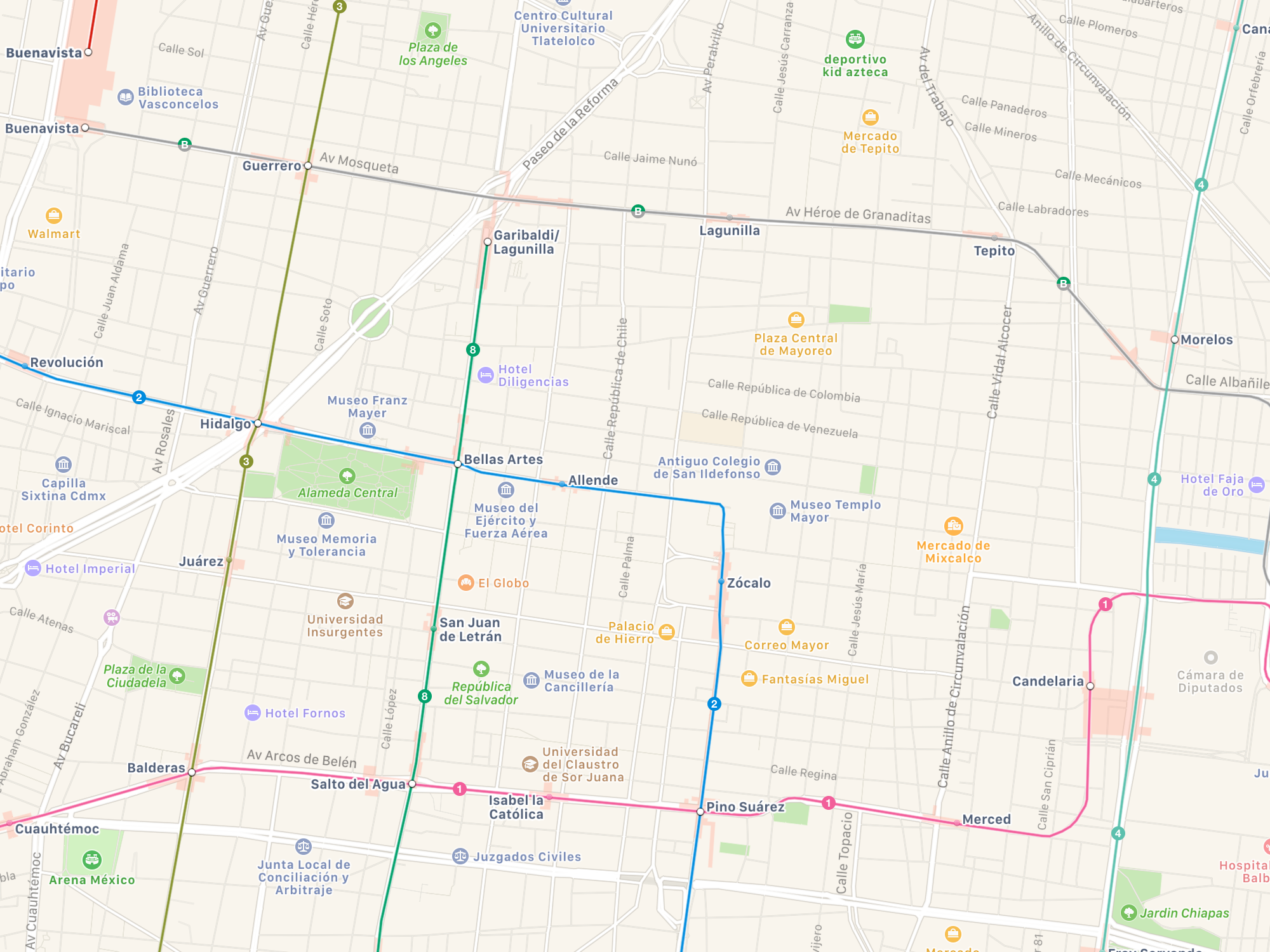 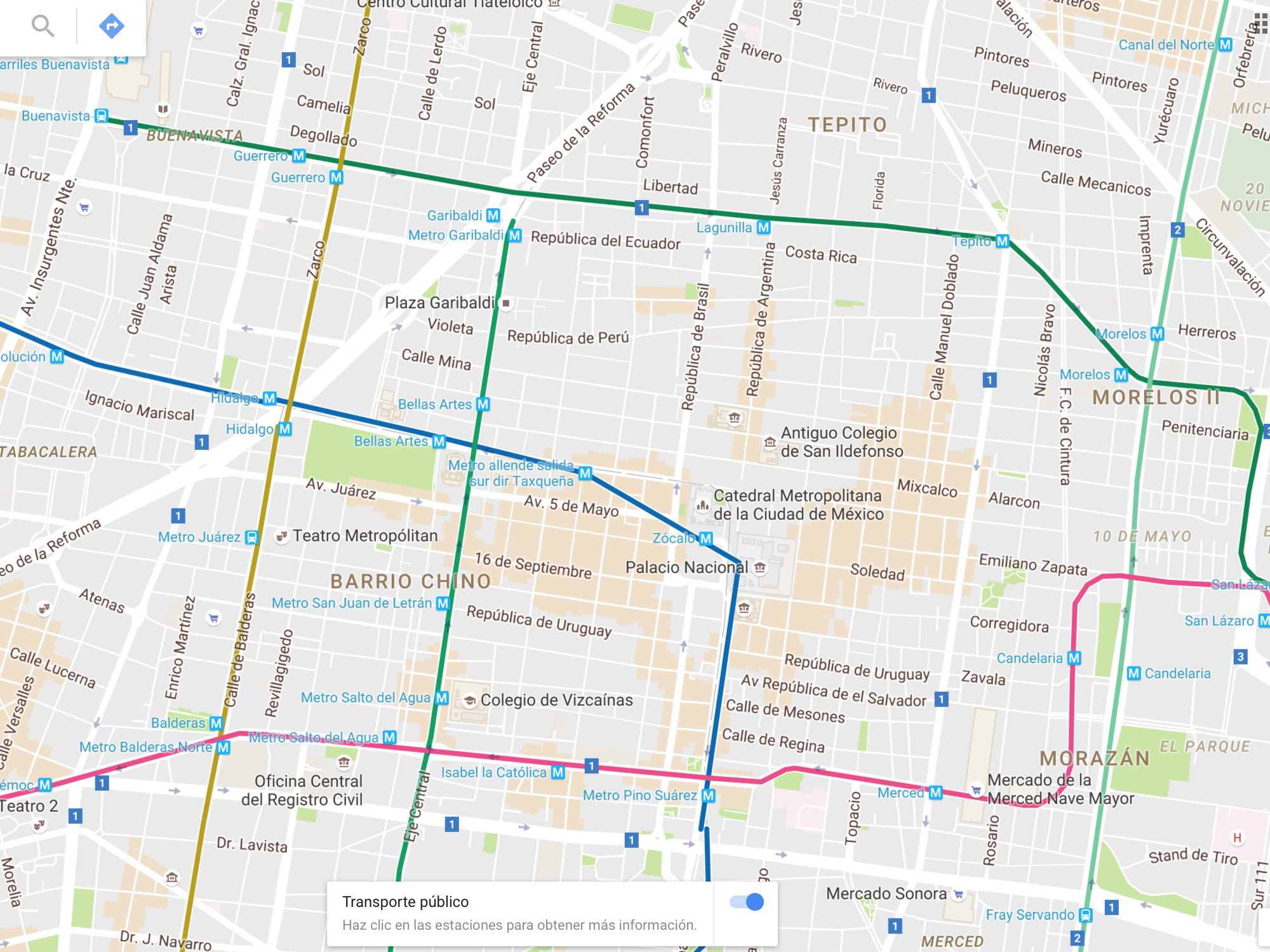 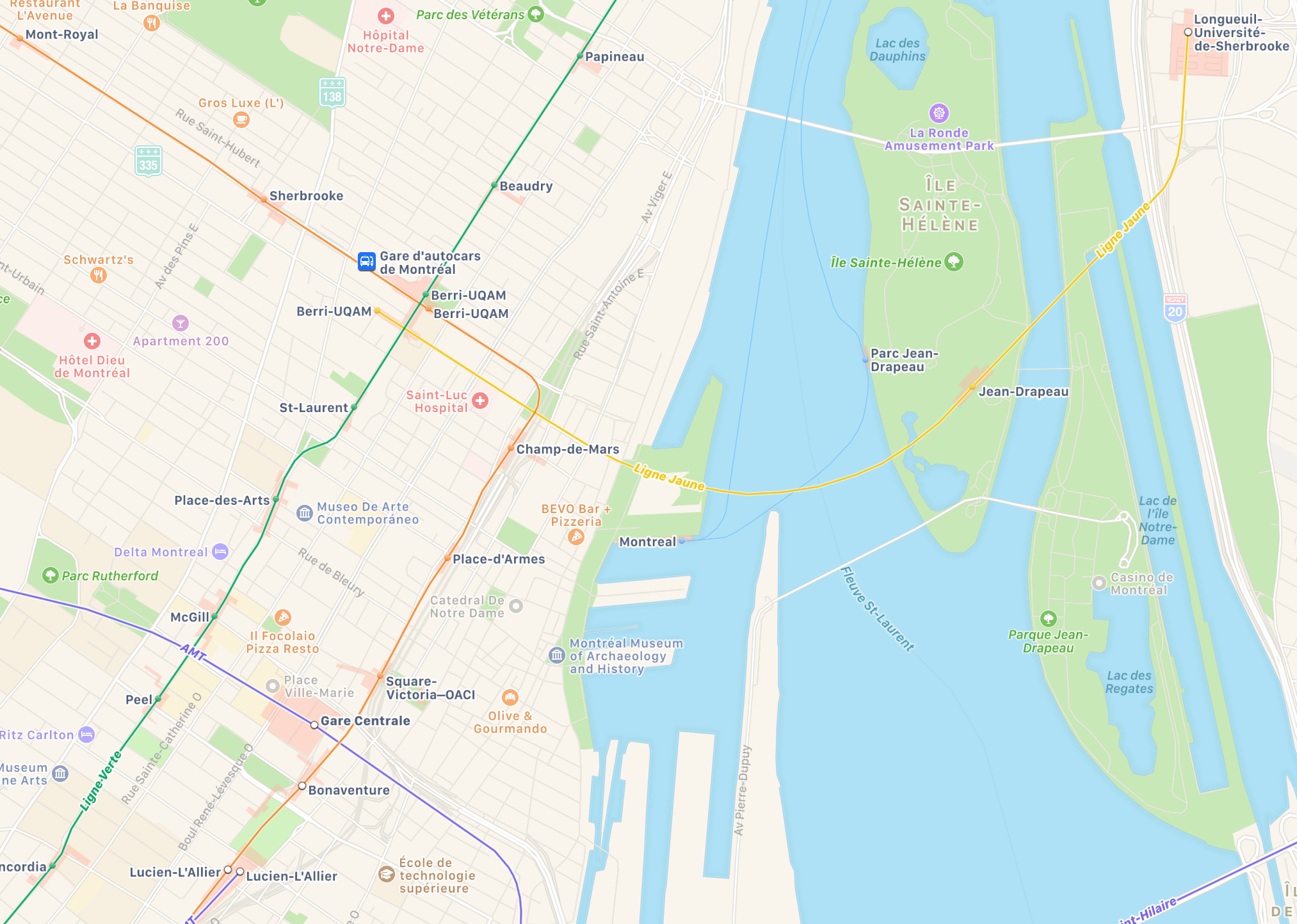 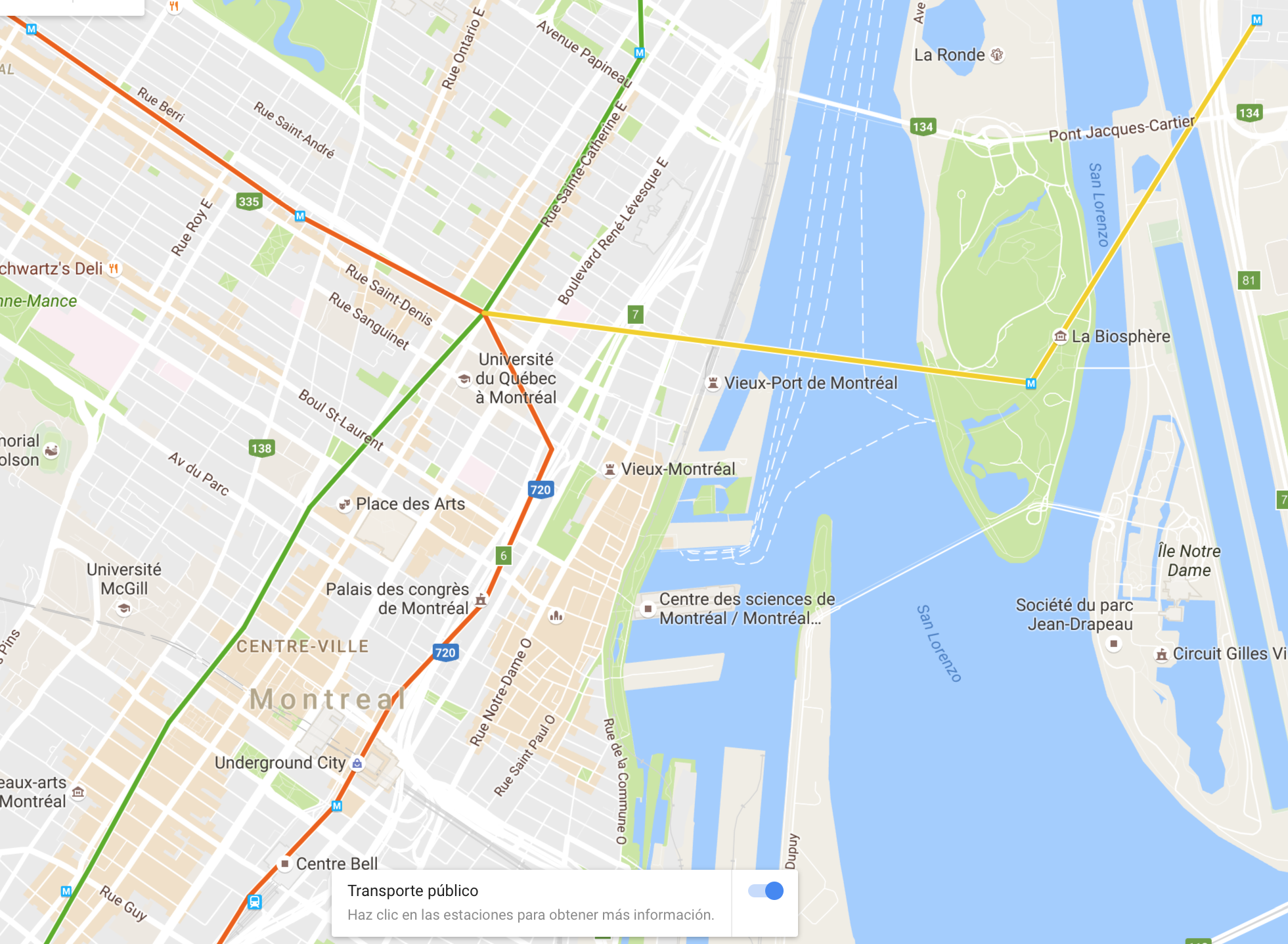 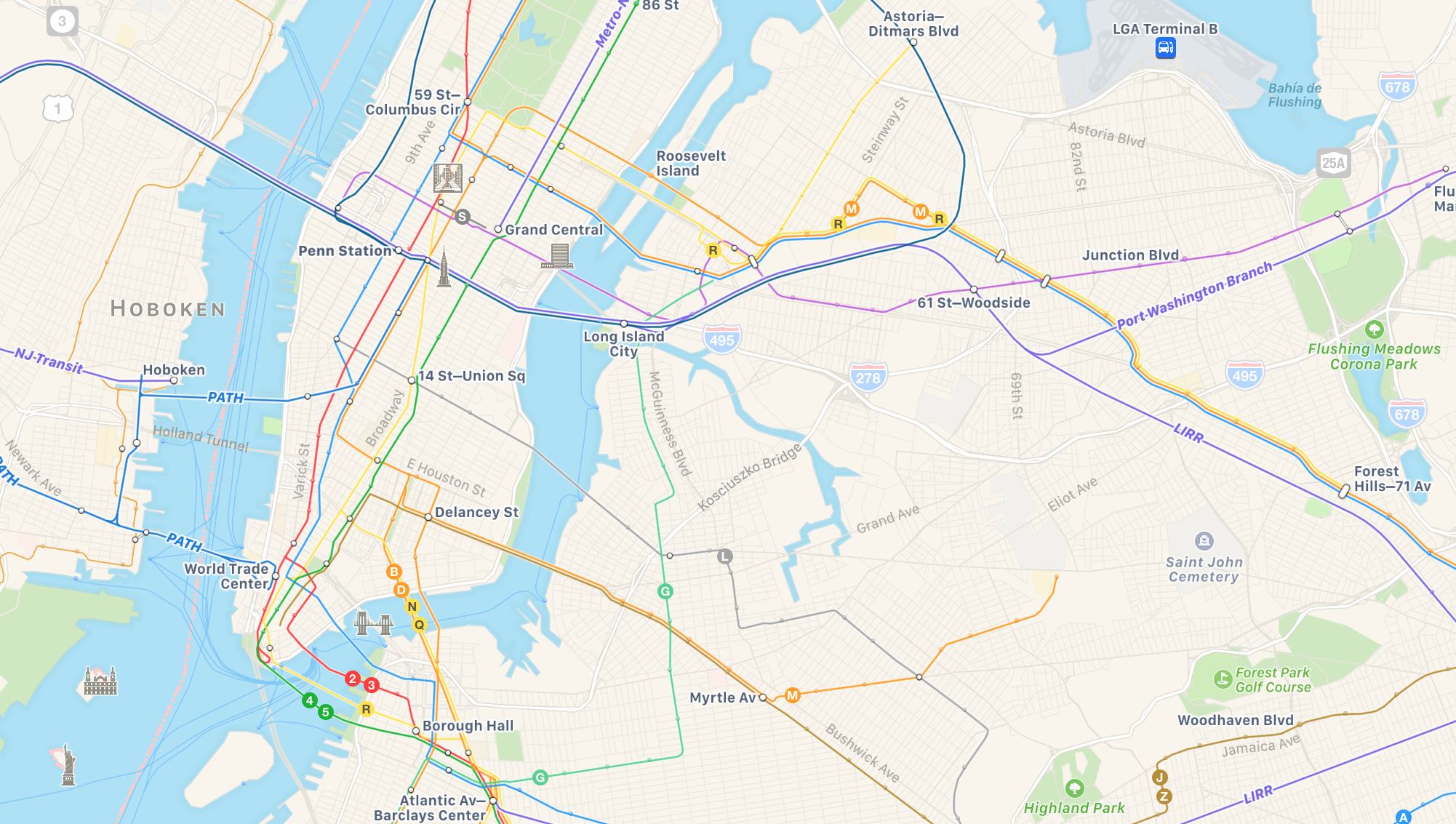 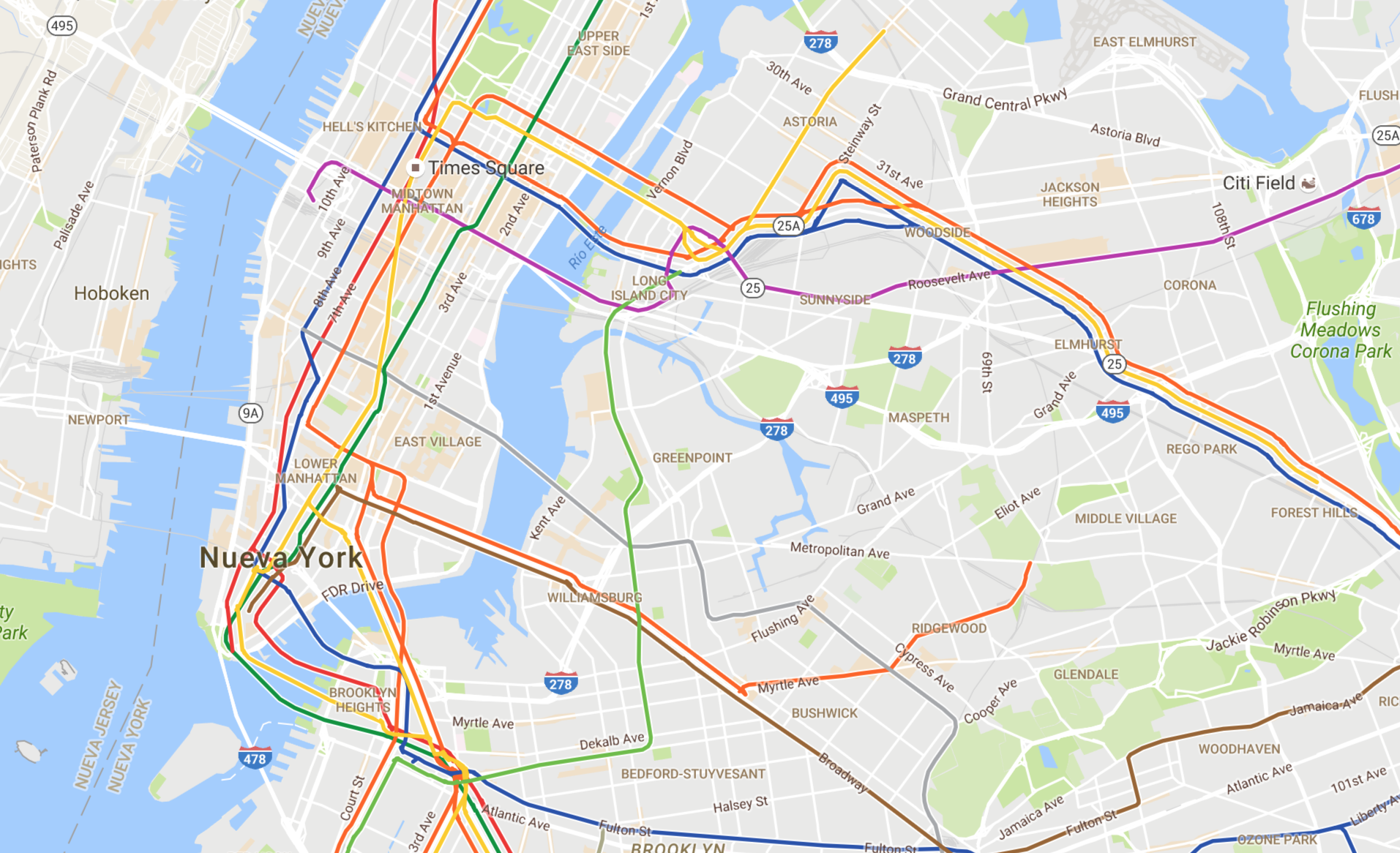 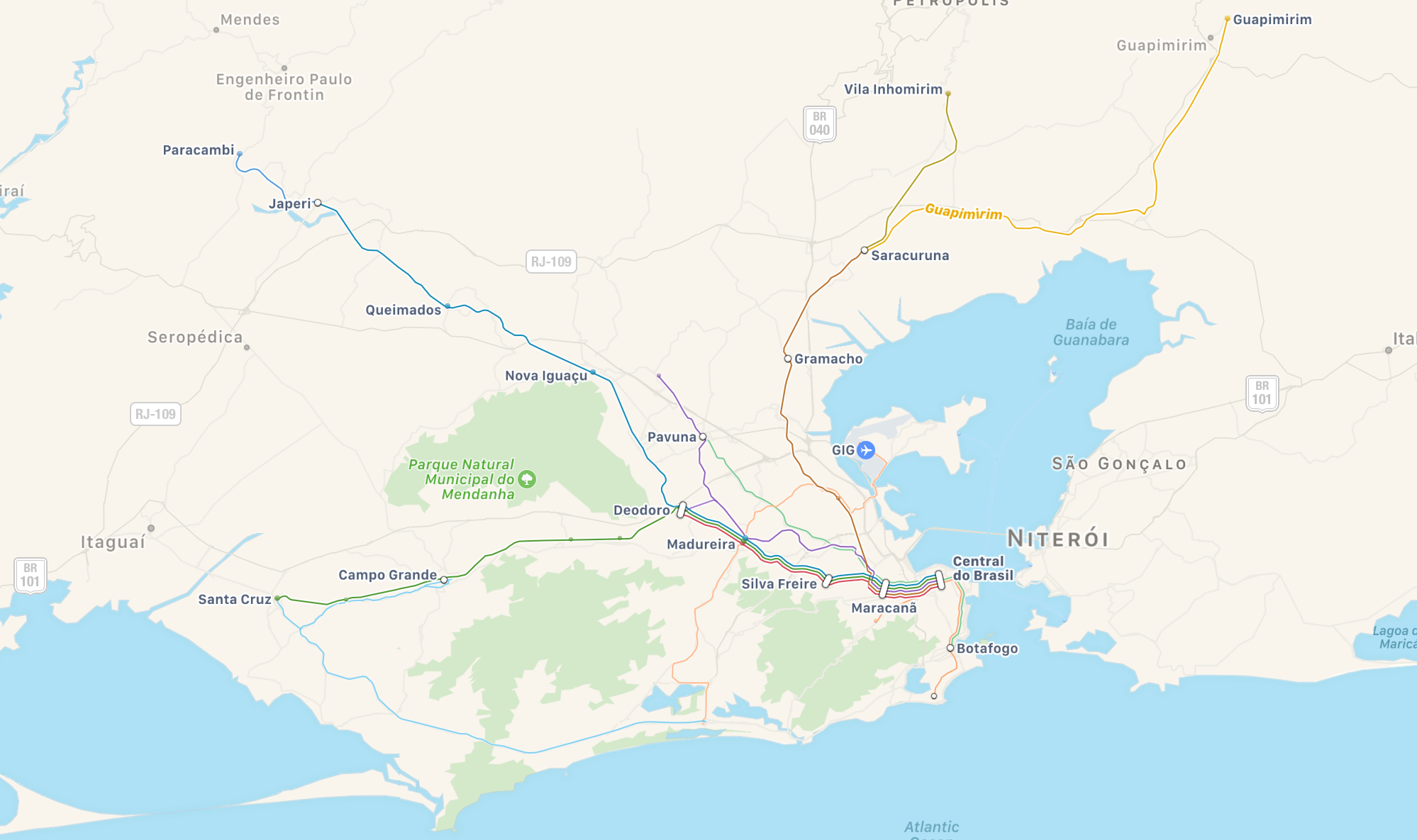 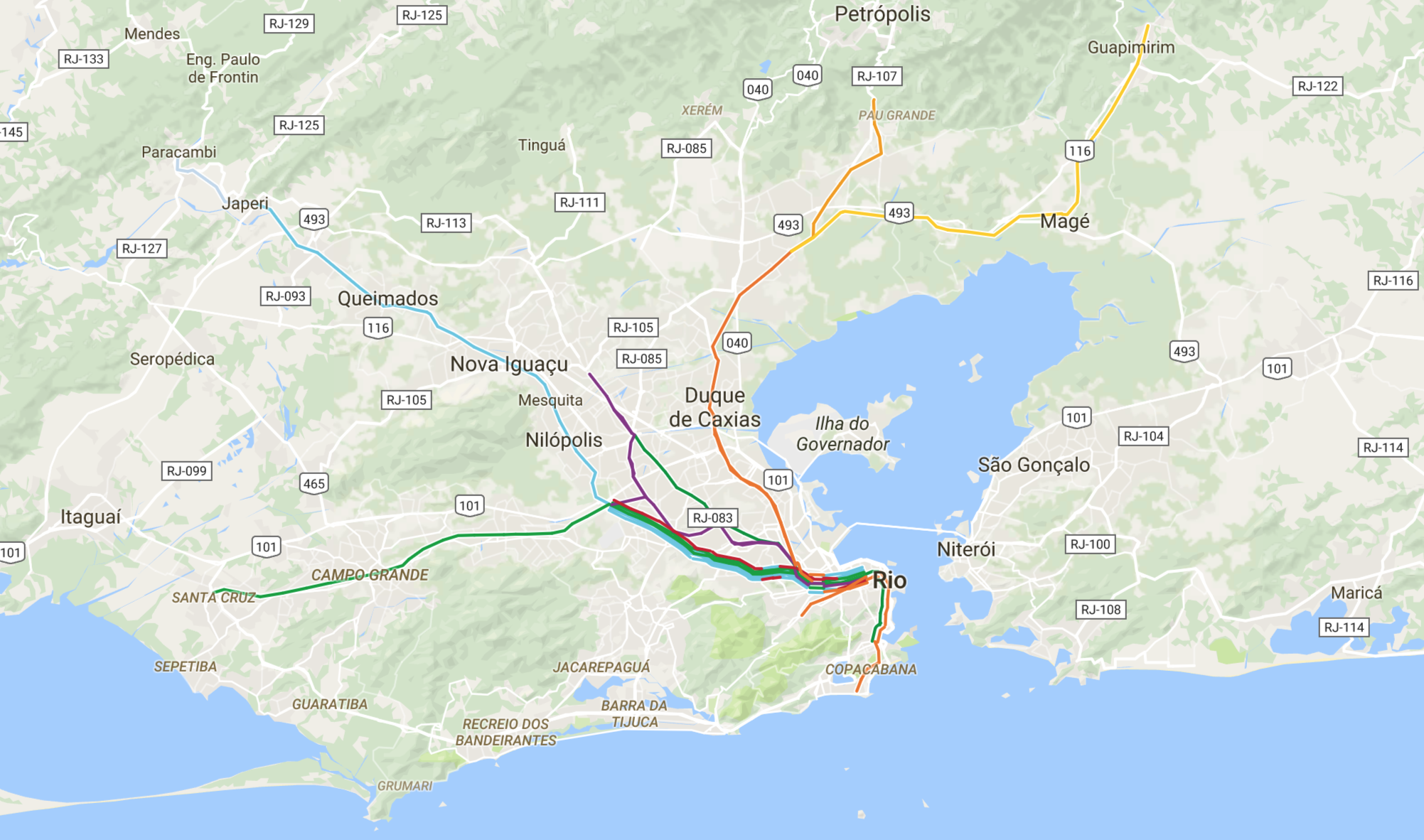 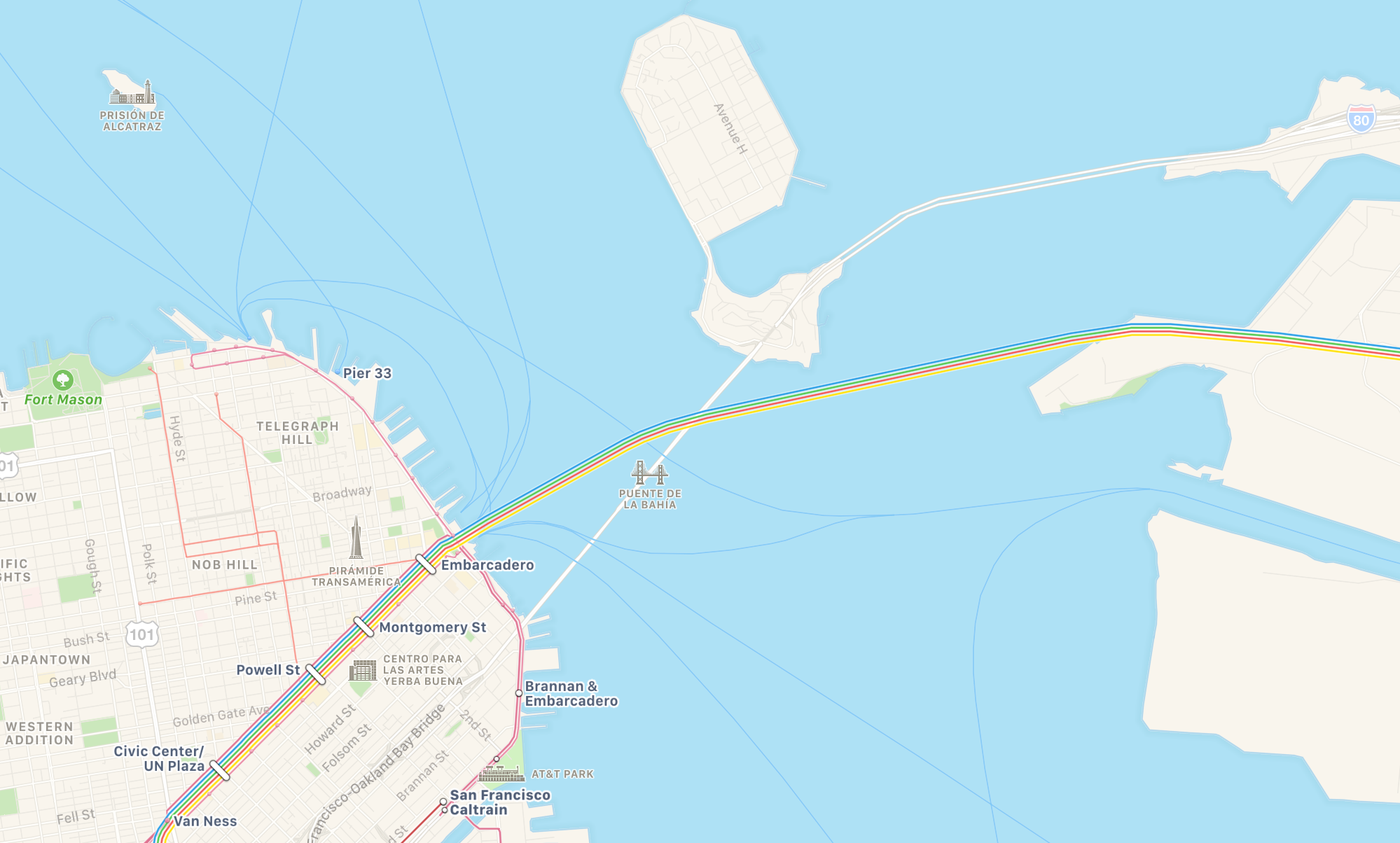 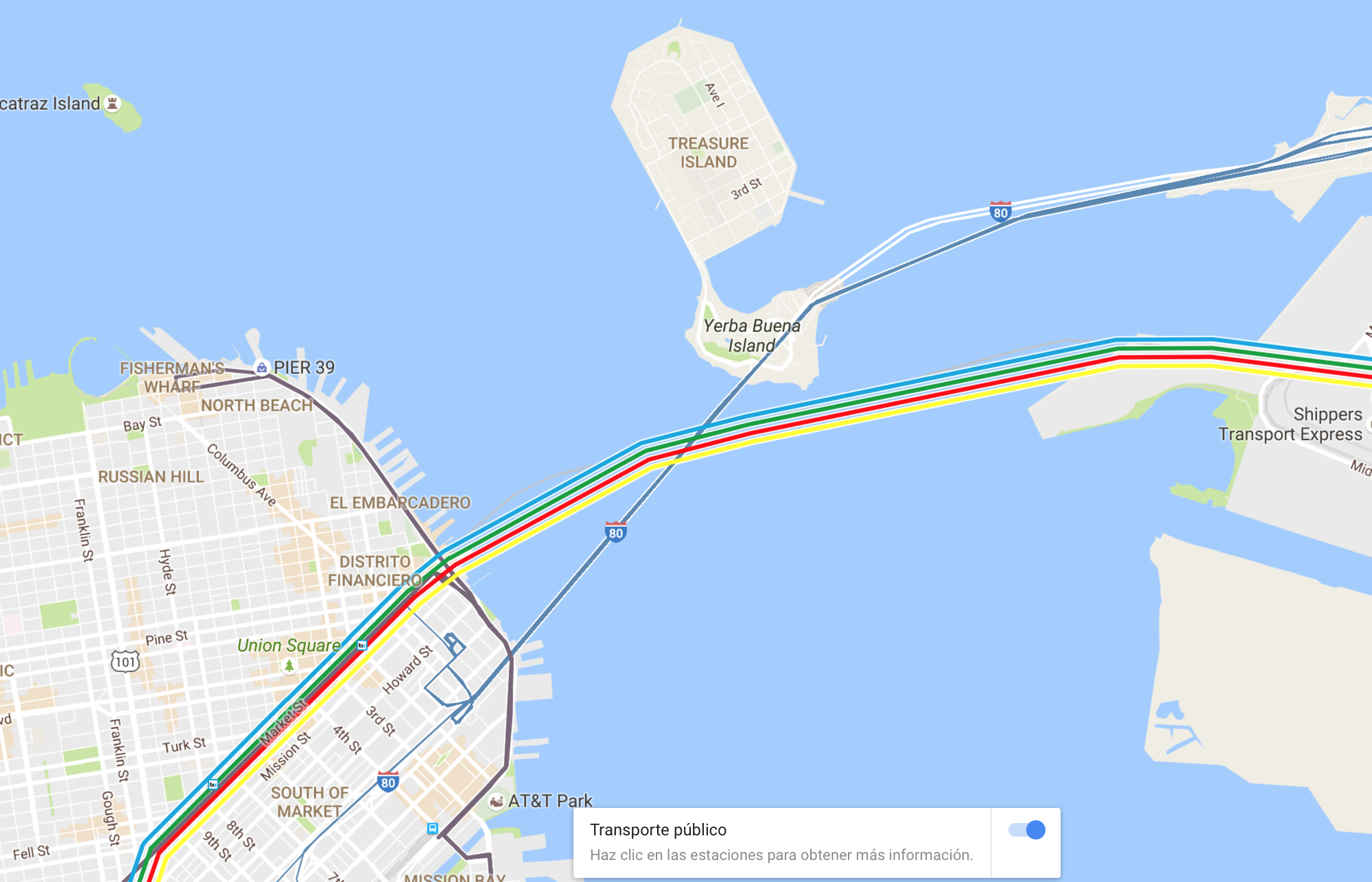 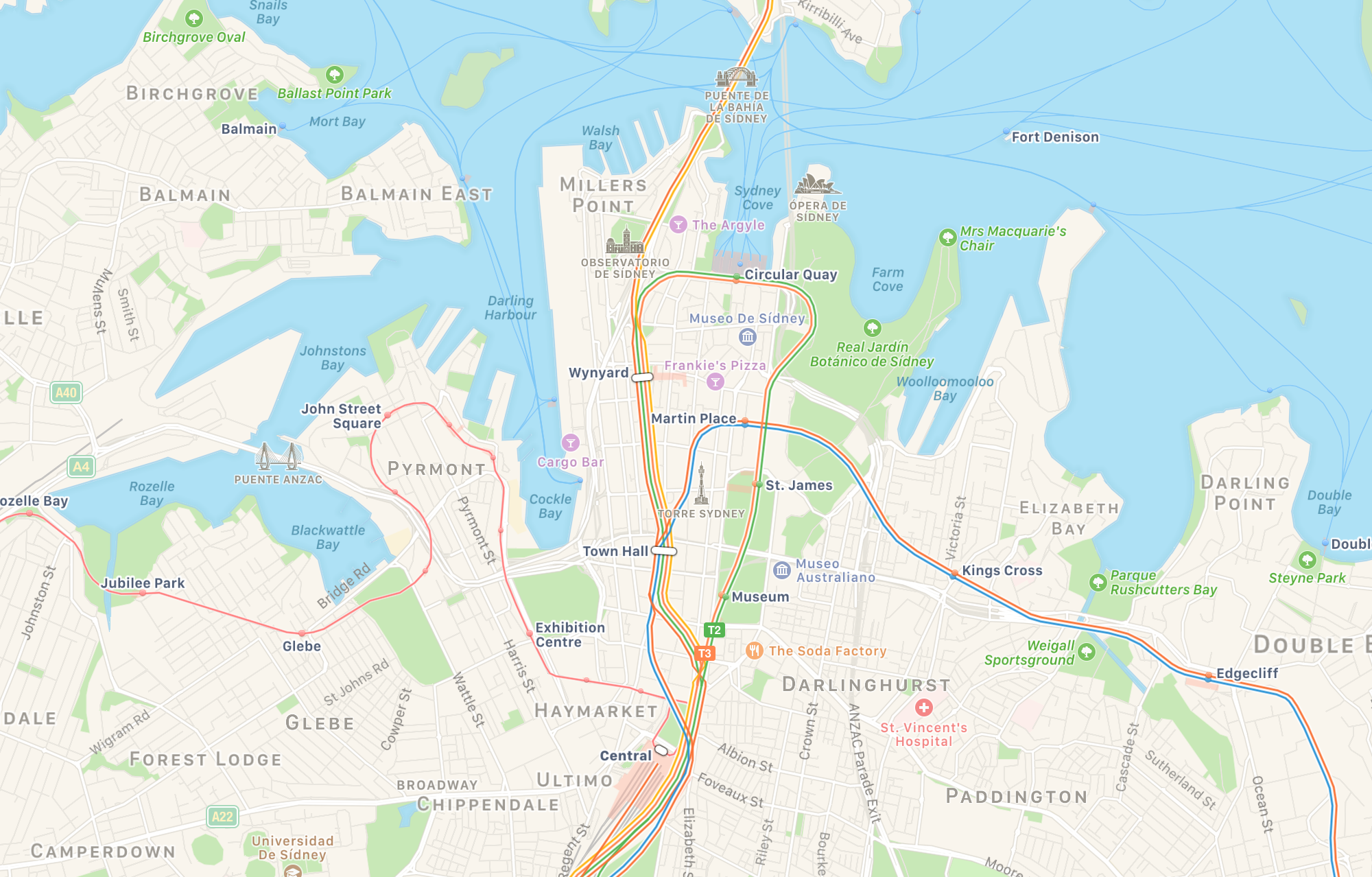 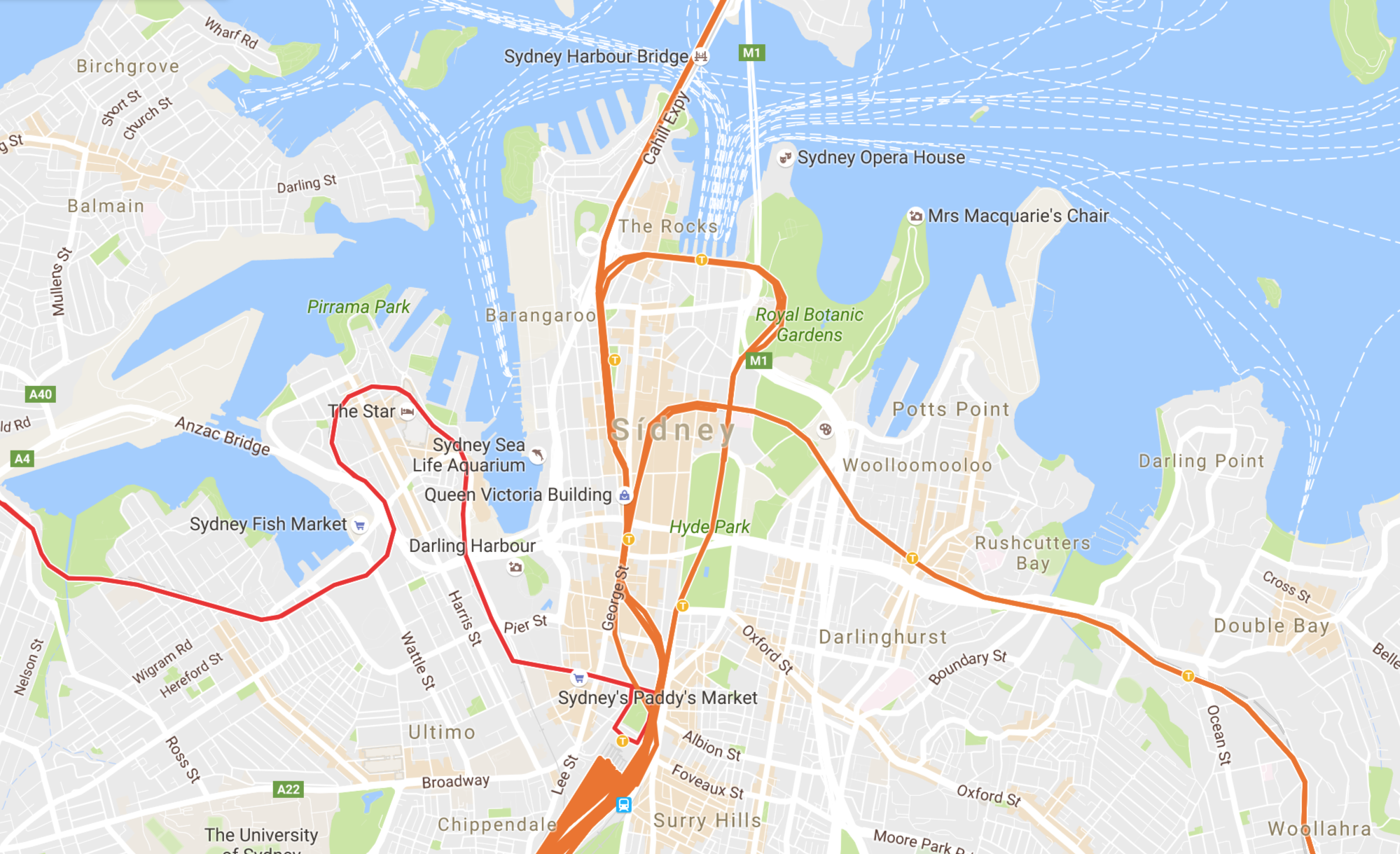