Configuring CGAL with Qt5 and QGLViewer on Mac 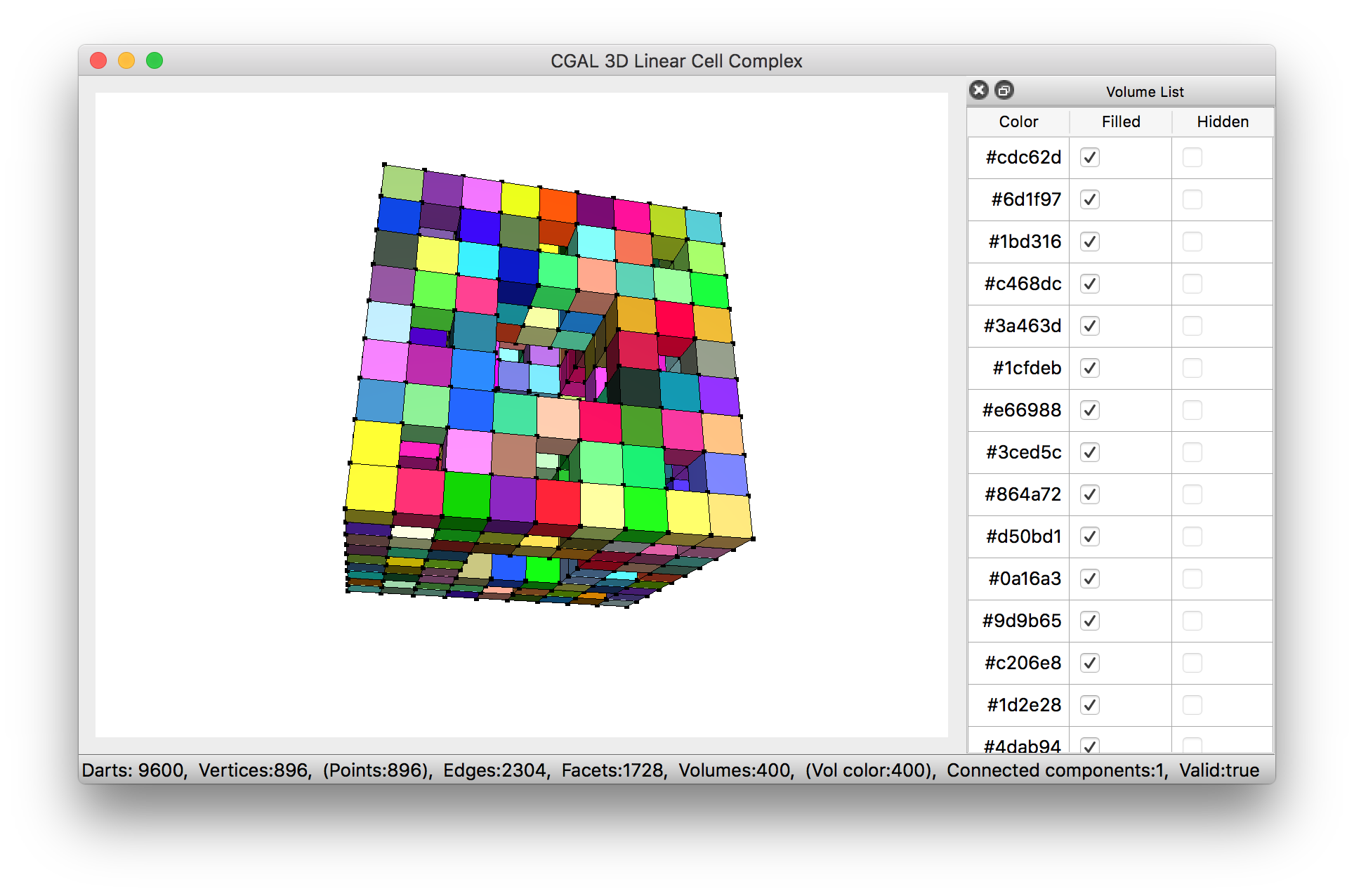 CGAL dropped support for Qt4 with version 4.7 in October. But alas, its Homebrew formula hasn’t been updated to reflect this. In practical terms this means you can’t use Qt apps with CGAL, including all the nice CGAL GUI demos out of the (homebrewed) box. This is bad if you want to build your own GUI applications, or use the demos as a tutorial or a base for your own code.

Recently I spent some time trying to get the Linear Cell Complex demo working on Mac with a minimum of fuss. As that demo requires Qt5 and QGLViewer, the same procedure should work for a lot of other demos, so I decided to document it here. However, bear in mind that this solution requires you to unlink Qt4 in order to link Qt5, which will break any homebrewed formulae that depend on qt1.

Then, install and link Qt5. Since Qt5 conflicts with Qt4 and is thus not normally meant to be symlinked into /usr/local, you need to use --force:

Homebrew wants to keep its own hierarchy in /usr/local, but CMake’s Qt5 script assumes that Qt5’s mkspecs and plugins are accessible from the root folder. So, make a couple of symlinks from the latest Qt5 version in the Homebrew Cellar (currently 5.6.1-1) in /usr/local2:

Next, I modified the Homebrew formula for QGLViewer in order to change its dependency from qt to qt53. Something similar could be done for other formulae that depend on qt. For this, first edit the formula:

And change depends_on "qt" to depends_on "qt5". If you haven’t configured a text editor for Homebrew, you’ll be using vim by default. So, press I to change to insert mode, change whatever you need, then press ESC to exit insert mode, then type :wq to write and quit.

Now that the formula has been modified, you can install QGLViewer (or whatever other formulae you need) by building it from source using:

Finally, you can then download CGAL and install it from source. My preferred way to do this is to go to an appropriate folder in your computer and cloning the CGAL repository:

In the CMake GUI you should be able to select the options that you need, including WITH_CGAL_Qt5 and WITH_demos. 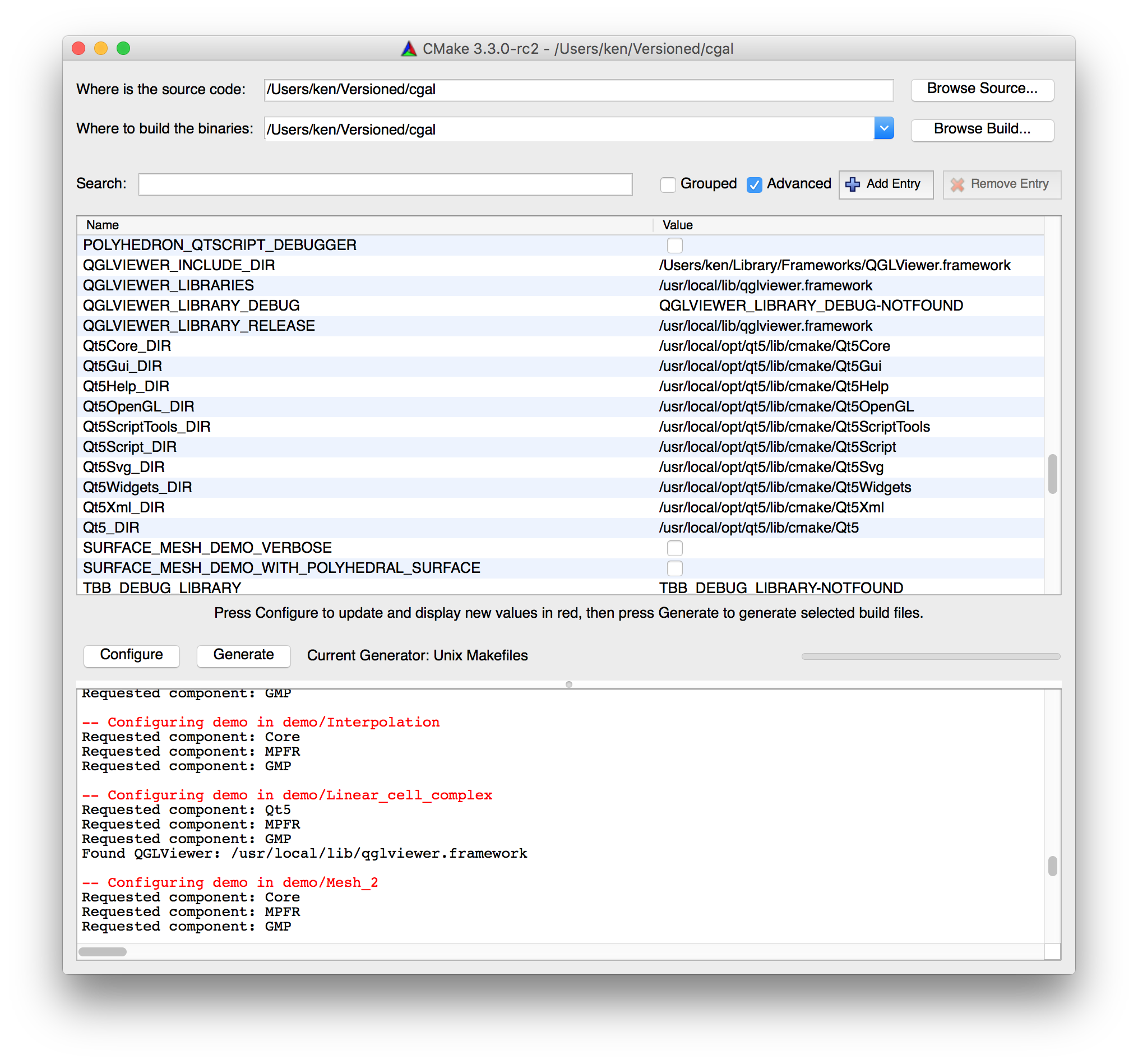 Update 27 Jul 2016: Added instructions to symlink Qt5’s mkspecs and plugins, and a note about cmake-gui.

Using a C++ map or set with geometric data